Thats right kiddies. Its all right there. Blog, news, shopping. . . the whole enchilada. 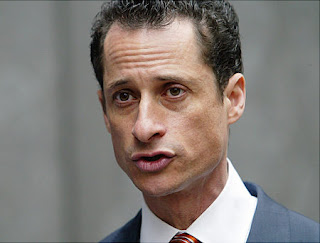 New stuff up on the Webshop!! Two brands, that we are honored to have, and pleased to offer to our customers. Both completely handmade by honest gentlemen committed to their "Craft".... (get it?)

Fine Light Trading makes only the finest.... and HEAVIEST, 1950's Mexican souvenir style rings on the market. Hand cast, in solid brass, and assembled in Brooklyn by Owner/Designer Innis Lawrence. There's very little jewelry we think a man needs. One of these is on that short list. 5 Styles available now.

"Because I always feel like running
Not away, because there is no such place
Because if there was, I would have found it by now
Because it's easier to run,
Easier than staying and finding out you're the only one who didn't run
Because running will be the way your life and mine will be described,
As in "the long run"
Or as in having "given someone a run for his money"
Or as in "running out of time"
Because running makes me look like everyone else, though I hope there will ever be cause for that
Because I will be running in the other direction, not running for cover
Because if I knew where cover was, I would stay there and never have to run for it
Not running for my life, because I have to be running for something of more value to be running and not in fear
Because the thing I fear cannot be escaped, eluded, avoided, hidden from, protected from, gotten away from,
Not without showing the fear as I see it now
Because closer, clearer, no sir, nearer
Because of you and because of that nice
That you quietly, quickly be causing
And because you're going to see me run soon and because you're going to know why I'm running then
You'll know then
Because I'm not going to tell you now"
Posted by Craft at 6:14 PM 3 comments:

And while we're on the topic of cars....

The trend of using the letter X in every name of every car on the street has got to stop. I mean, I expect it from Mazda.... But Cadillac? Cut that shit out... XTS my ass...
Posted by Craft at 5:33 PM No comments:

800 Horsepower. Runs on pump gas and is emissions street legal in all 50 states. . .

Has the obscene CTS-V engine in it.... And Carbon fiber Corvette brakes... Granted, that ridiculous red shroud over the supercharger has got to go....
Posted by Craft at 5:14 PM 1 comment:

Have you read about Meredith Attwell Baker?? As Federal Communications Commissioner she repeatedly rode for LESS government oversight.... Then she voted to APPROVE the merger of Time Warner Cable and NBC Universal..... After which, she immediately left her FCC job, to take a Senior Vice President position at NBC.
Was her vote blatantly purchased with the promise of an undoubtedly huge salary??
How could this be interpreted any other way?
How is this not illegal??!

"FCC revolving door keeps turning
By Laurie Bennett
May 12, 2011 at 7:59am
Another day, another dollar for a federal regulator joining the industry being regulated.

This time, it’s Federal Communications Commissioner Meredith Attwell Baker, who announced that she would leave on June 3.

Baker joined the commission in 2009, after serving with the National Telecomunications and Information Administration during the George W. Bush White House.


Meredith Attwell Baker
News of her departure comes four months she voted to approve a merger between Comcast and NBC Universal. She later publicly called for changes in government oversight, saying the Comcast merger approval took too long.

At the time of the FCC approvial, she issued a joint statement with fellow commissioner Robert M. McDowell, calling for a narrowing of the federal review process.

“This transaction is only the most recent example of several problematic FCC merger proceedings that have set a trend toward more lengthy and highly regulatory review processes that may discourage future transactions and job-creating investment,” they wrote.

In words that must have been music to the owners of Comcast, they also commented about the growing online video market: “At a time of innovation and experimentation that is both dynamic and disruptive, the (approval) order fails to recognize that the contours of our collective video future are best shaped outside the Beltway.”

We’ve written before about the revolving door at the FCC.

Michael K. Powell, son of Colin Powell, was chairman of the commission from 2001 to 2005. He’s now president & CEO of the National Cable & Telecommunications Association. Charles Ferris, FCC chairman from 1977 to 1981, became a Cablevision lobbyist.

Other former FCC chairs include Dennis Patrick, who became CEO of Time Warner Telecommunications; and Richard E. Wiley, founder of the law firm Wiley Rein, which counts the National Association of Broadcasters and major broadcasting companies among its clients."

The bones are in and we're ready to release the (beta) version of our webshop! Inventory is limited at the moment, but in the next few weeks, things will be added and we'll be up to speed. In the mean time, its a great spot to grab your Summer Red Wings!

Please let us know if anything isn't working or doesn't show up properly on your various computers or browsers.

We're really excited to finally be offering this option to our customers. We look forward to polishing the look and functionality of the E-Shop as we learn and grow, but we figured the CRAFT faithful would appreciate the transparency and evolution.

Incase you need to ruin your pillowcases and support your President at the same time. . .

Steve Martin and the Steep Canyon Rangers...... OR:

Billy-Bob Thornton and his Boxmasters?

Advertising isn't what it used to be.

Dear Universe, Please let me drive on the salt flats just once before I go. . .

Boys of Bonneville Movie Trailer from Price Museum of Speed on Vimeo.

Chris gets a gold star for turning me on to this one. Let him know if you liked it too.
Posted by Craft at 9:29 PM No comments:

Red Wing Sale: 25% off Everything

You know what really grinds my gears?

I went this morning for a followup interview at LACMA (Los Angeles County Museum of Art)... The Tim Burton exhibit is coming in May. I saw it at MOMA in New York last summer and its killer. Thought it would be fun to work at the exhibit for a little extra bread over the summer while retail is slower....
So after waiting in the sun for half hour for the lady to show up to interview me she says, "Just so you know off top, you'll have to cover your tattoos up if you get the job."...as she's motioning to her wrists, showing me where she'd like my long sleeves to reach.... all summer.... in Los Angeles.... I show her my hands.... "Oh" she says. "You know, you WOULD be working IN the museum right? We allow some piercings, but.... well...." Uh Huh, Uh huh... I get it. Thanks for nothing.
Bravo to corporate America for restricting people who chose to WEAR art from working in a goddamn ART MUSEUM. At a Tim Burton exhibit no less! Very open minded. Not to mention I was embarrassingly over qualified for the job.... I was just stoked to look at Burton stuff all day long....
So I ask YOU, my faithful readers (both of you).... Would you rather get info from a creative individual who actually CARES about what he's selling.... god forbid he might be tattooed.... or from a disinterested college kid in a lacoste polo looking for a summer job? Somebody email Beth (broemer@antennainternational.com) at Antenna International and let her know. You can't fault corporations for doing nothing but protecting their profits.... so you SHOULD let them know when their silly policies have dissuaded you from becoming their customer. Especially when the company claims to be an arbiter of "culture"..... Ha
Posted by Craft at 1:41 PM 2 comments:

" A Los Angeles Police Department helicopter had to make an emergency landing Sunday morning after a gunman opened fire on the chopper, authorities said.
The helicopter landed safely and the pilot and observer on board were not injured, said police Detective Gus Villanueva.
The incident occurred in the Van Nuys area, when police got a call at around 6 a.m. local time (9 a.m . ET) of shots being fired, police said. The helicopter was responding as backup to a patrol car dispatched to the scene.
The helicopter was at the Van Nuys airport after the incident, and was to be put on a flat-bed truck to be towed downtown for investigation and repair, authorities said.
The apparent shooter eventually was subdued by his family members, Villanueva said. A semi-automatic rifle was recovered, he said.
Police got multiple calls that a second gunman was involved, and a search was conducted Sunday afternoon, Villanueva said. That search was called off later, Villanueva said."
Posted by Craft at 8:04 PM No comments:

Oh yes. This shit's gonna move fast. Email us at Info@Craftworkwear.com for order inquiries.
Posted by Craft at 1:53 PM No comments: